It’s always a team effort at CORE. Our central team is based at the St Paul’s Square CORE head office in Birmingham’s historic Jewellery Quarter, and our Headteachers work across our school sites.

Our executive leadership and management team lead our whole Trust education faculty, as well as oversee policy and administration. Their diverse range of skills and backgrounds represents many years of cross-sector experience. This team drive the CORE vision and maintain strong links with all our valued stakeholders. 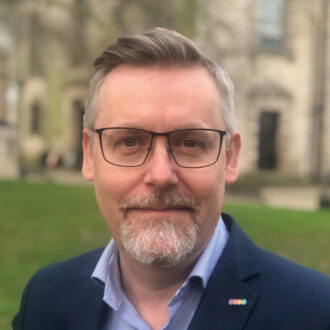 Adrian co-founded CORE Education Trust in 2015 after taking over Park View Educational Trust as Executive Principal in 2014. He was also Principal of Park View School (now Rockwood Academy) at that time.

Prior to this, in 2012 Adrian was the founding Principal of Everton Alternative Provision Free School and 6th Form College, the first Free School set up by a Premier League football club.

From 2010, Adrian was part of the founding team of Birmingham Ormiston Academy (BOA), an arts academy partnered with The BRIT School. Adrian was a senior Artistic Director at the BRIT School for 12 years and taught some of the country’s highest profile, award-winning talent in the music, theatre, film and television industries during that time.

Adrian is currently a Member of the LIPA (Liverpool Institute for Performing Arts) Council and Director and Governor of the LIPA 6th Form, having previously advised on the setting up of the LIPA Primary School.

In 2018 Adrian created Echo Eternal, a commemorative arts education project, which brings together groups of schools with different characteristics and uses oral history to raise awareness of genocide whilst inspiring positive civic action. In 2019, he was awarded a Points of Light Award from the Prime Minister for this project. 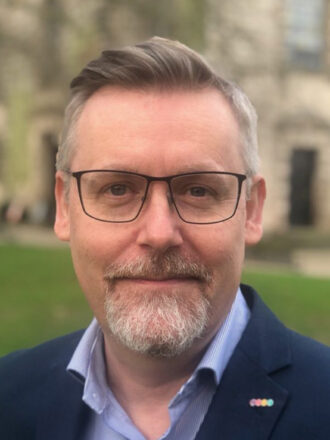 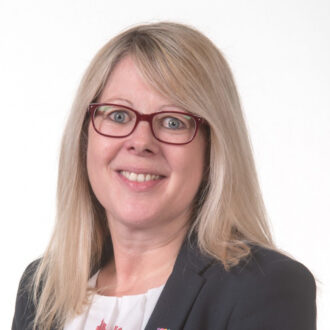 Joanne is a co-founder of CORE Education Trust. She has a wealth of experience and expertise as a business leader within the public education sector. Joanne oversees the day to day running of the Trust and its schools.

Joanne has a well-established track record in education, with considerable previous experience working as a School Business Manager in many varied and challenging circumstances. She continues to mentor and coach other leaders and works with national organisations to inform best practice.

Before working in the education sector, Joanne had a successful career as a contract manager within the private sector. 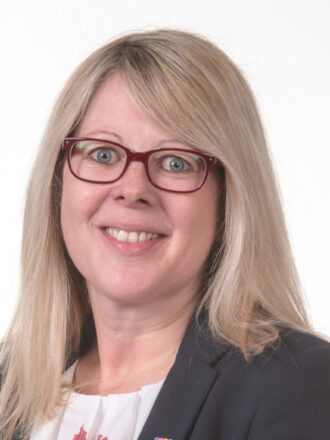 Saiqa is the Director of Education for the Trust. She supports the school leadership teams with school improvement and strategic planning. She started her working career in publishing working for regional, national and international publications. She has been involved in education for over 19 years holding several senior roles including school improvement consultancy and senior management roles in schools across the UK and internationally. She has worked collaboratively with several Government agencies and has setup soft federations to encourage collaboration within education. Saiqa is driven by the moral imperative to improve educational standards and outcomes for all young people.

Saiqa is a keen skier and field hockey player and has developed a passion for photography. She is an active participant in sporting clubs in the region. Joanne is the Head of HR and Partnerships for CORE Education Trust,  overseeing the HR function for the Trust and its Schools offering support and guidance which is reflective of the values and requirements of CORE.

Joanne has a wealth of experience in Senior Leadership within the private leisure sector and extensive knowledge and experience in all aspects of Human Resources, including implementation and ongoing review of effective process and practice. She has throughout her career gained experience and sound knowledge around the operations of Charitable Trusts, safeguarding practices, managing high value budgets and ensuring compliance.   In the latter part of her career Joanne formed part of the Senior Management Team with responsibility for directly overseeing all aspects of the day to day operations. Becky is the Head of Governance, overseeing governance at all levels across the trust. Prior to joining the Trust, Becky worked in school governance for a number of years, managing the regional governance network for a large multi academy trust.

Becky has spent her career working in education in the West Midlands, and is particularly passionate about working with children and young people from vulnerable or disadvantaged backgrounds. She started her career as a secondary school teacher in inner city Birmingham and has subsequently worked in a range of educational management roles, including as an Education Project Manager for a national charity, as a Head of Centre for a DfE sports based learning programme called ‘Playing for Success’ and as a School Improvement Advisor with the Local Authority. Raising standards in the classroom, leading by example and ensuring great communications - meet our Headteachers. 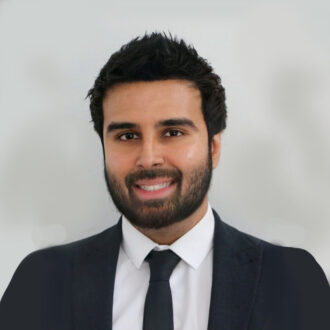 Prior to joining the education sector Raj worked in IT as a computer programmer and computer network manager.

Before being appointed as Headteacher of Arena Academy in April 2020, Raj spent over a decade as a senior leader in one of the most nationally deprived schools in Birmingham.  He was an integral part of the leadership team which gained the school ‘outstanding’ status. Raj has supported many schools in the Midlands, both primary and secondary, with Teaching & Learning and school improvement initiatives resulting in them improving their ofsted gradings from ‘requires improvement’ to ‘good’ or ‘outstanding’.

Raj has a passionate belief that a pupil’s socio-economic background should not be a barrier to achieving success. Combining his love of music and a healthy lifestyle & fitness he ensures that pupils develop into well-rounded individuals equipped with the tools to achieve their goals. 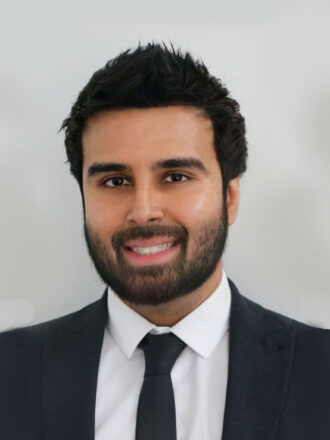 Karen is an experienced leader of inner-city schools and was, prior to joining the trust in April 2018, Headteacher of an alternative provision school in Birmingham.

Over a decade of experience in senior teams, Karen was integral in leading a previous school out of ‘special measures’ as well as supporting senior teams in ‘outstanding’ schools, providing high-quality educational experiences for all students.

A competitive sports person, having representative honours in three different sports as a junior, Karen believes in harnessing the power of sports and other enrichment activities to raise aspirations, connect communities, and improve outcomes. David is considered a values-driven, transformational leader who believes passionately in making a difference and changing the lives of the young people whom he serves.  He has an overwhelming commitment to ‘achievement for all’ and placing educational matters at the heart of community development.

David’s passion for sport was evident at an early age and represented the county in several sports.  He started playing American Football at 15 and was selected to represent Great Britain, this culminated in being awarded a scholarship to a college in Wisconsin, USA.

After completing a PGCE at the University of Birmingham (Physical Education) he went on to teach physical education securing a pastoral role shortly afterwards. David was given the opportunity to take a secondment which he spent in the Cape Verde Islands largely involved in voluntary work in local schools.  Before returning to school leadership David successfully set-up and led a national property services company; working closely with a multi-national property development company gaining important experience of financial, human resource and project management.

In 2014, he began the 2-year programme for Future Leaders.  As a Future Leader he has been committed to improving the life chances of young people; particularly to eradicate educational disadvantage, promote diversity and steadfast in the pursuit of excellence.  David also currently sits on the Headteachers advisory panel for The Talent Foundry and supports them with achieving their mission to increase social mobility by helping young people from disadvantaged backgrounds discover what they are amazing at, develop valuable new employment skills and take that first step into the world of work. Before Greg’s first Headship in Tamworth, Staffordshire, he spent seventeen years in inner-city Birmingham schools. Greg has been a successful leader in many educational settings: primary, secondary and further education, taking schools from a low Ofsted rating to ‘Good’ and ‘Outstanding’ on several occasions. He is also recognised as a proven and highly engaging speaker at conferences in the U.K. and Middle East, talking to colleagues about issues of effective governance and leadership, based on the latest research.

Greg is passionate about closing gaps in knowledge and skills between students with financial barriers to education and their peers. He has worked with experts across the country and devised plans to address this deficit. Greg firmly believes that, with help and focused guidance, a young person’s context does not have to pre-determine their life chances. Sofia is an experienced Headteacher and was, prior to joining Rockwood in 2017, the Principal at Waverley Studio College, which she succeeded in taking out of special measures to an Ofsted rating of Good.

Sofia is a leader with over 24 years’ experience in education, she has been at the forefront of school improvement in several schools across the UK. She has a track record of raising standards in urban schools. She has worked as a senior leader in Yorkshire, North West England and London. We value our governing body to advise and guide our overall direction.

Since 2015, we’ve been striving to provide outstanding learning experiences for all our pupils.

Safeguarding is central to the work of CORE Education Trust and underpins the CORE values of Collaboration, Opportunity, Respect and Excellence.